Mikaya Storm recently became the first Springbok Scout for the 1st Plettenberg Bay Sea Scout Group. As part of her Springbok journey Mikaya and her fellow Scouts repainted a local pre-primary school in the Qolweni informal settlement that offers a safe haven for over 100 children. Here she recounts her Scouting journey.

How I became a Cub? 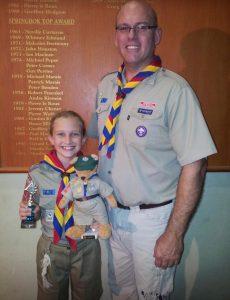 My Scouting journey began when I saw a little boy in a weird uniform. Shortly after I found myself invested into the global family that is Scouting at the ripe old age of 8 years. In 2010 I joined the 1st Durbanville Cub Pack in Cape Town. I was immediately devoted to the earning of badges and led my own Six while in Cubs, also earning the best Cub all round award in my last year. I had witnessed Springbok ceremonies and saw their names written in gold on a board in our hall. I knew one day my name would be on there too.

How I became a Scout & moving to Plett?

At the age of 11 I went up to Scouting and experienced the adventures, friendships and character building activities that have contributed so much to who I am today. I was honoured to lead a Patrol and take part in competitions representing my Troop. What was to follow was not what I had planned for my Scouting career or for my life for that matter. In December 2018 my family relocated to Plettenberg Bay, a coastal town 500km away. My dream of becoming a Springbok Scout at my home Troop was shattered. My dreams and aspirations for my Matric year changed overnight. I said goodbye to everyone I knew and all that was familiar and started again in a new town.

Coming to Plettenberg Bay I was relieved to hear of a young Troop which had started just three years before. My Springbok dream was still attainable! Even this far from home I had a piece of family and the familiar in Scouting. I visited the 1st Plettenberg Bay Sea Scout Troop and found it bursting at the seams with growth and life. Though a young Troop, they were functioning as though they had been here for years. After three weeks of attendance I was invested and made TL of the Troop. A distinction I hadn’t dreamt of being afforded especially after only three weeks. I began qualifying for Springbok and was overwhelmed by the eager support given to me by virtual strangers. I was immediately accepted and supported as a member of the family.

I was immediately accepted and supported as a member of the family. 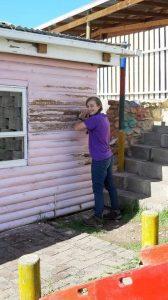 As part of my Springbok journey I was required to complete 30 hours of community service. I wanted to give my service to an underprivileged school or preschool. My Group Scouter put me in contact with the Orca Foundation and the work they do to support the local community. That is how I found out about Siyakula Pre-Primary school. Siyakula is a safe haven for over 100 children under the age of 1 years old. Situated in the Qolweni informal settlement just outside of Plettenberg Bay. At Siyakula the children are fed, protected and educated by the wonderful teachers and foundation volunteers who keep the school going. With the help of my fellow Scouts at 1st Plettenberg and the financial backing of the Orca Foundation we were able to peel and repaint the entire school as well as perform some maintenance to the roofs and school bag storage. The contribution we made felt small, but it was an eye opening and worth while cause that I trust blessed the lives of the learners and teachers at Siyakula as it blessed mine. 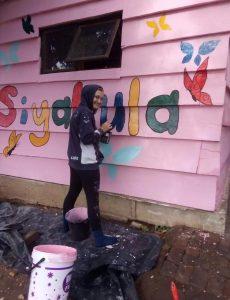 With the unwavering support and guidance of my new Troop I was able to acquire my Springbok award, becoming Plettenberg Bay’s first Springbok Scout as well as the 3rd person (that I am aware of) in the Outeniqua District to receive their Bushmans Thong. I would like to express my gratitude to the Scout Leaders, volunteers, my family and the Scout Movement for all they have sewn into my life and for the journey that has made me who I am today.  Thank you.

Join us in 2021 for the Lekgotla!
Read More
Western Cape Scouts